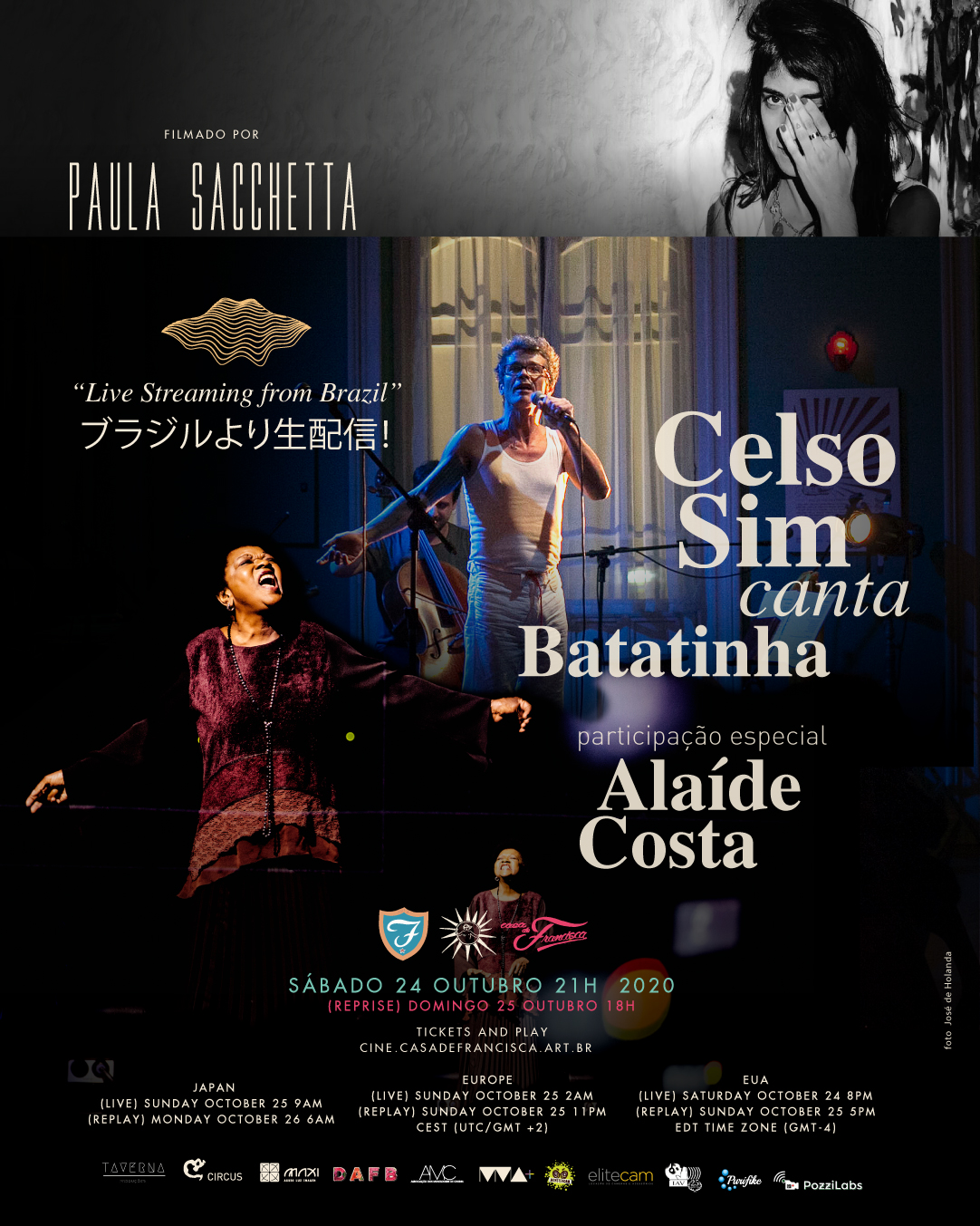 In continuity with its new live streaming concert project, with no present audience yet, "Till the end, singing", Casa de Francisca presents Celso Sim, through Paula Sacchetta’s filmmaking perspective, cinematographic and affective curatorship by Laís Bodanzky, and project conception and artistic direction by Rubens Amatto.

Composer and singer born in Bahia, Batatinha left a rare artwork of extremely sophisticated and existentialist sambas. Celso Sim, singer from Sao Paulo, along with the super-special guest Alaíde Costa, one of the most important voices of the Brazilian music, get into Batatinha’s sambas through a contemporaneous musical atmosphere, with guitars, cavaquinho, electric guitar and mandolin by Webster Santos, cello by Filipi Massumi and percussion by Jefferson Cauê.

Batatinha’s artwork, as for not yet being as popular as Caymmi, Cartola or Tom Jobim, offers us some unique and fresh musical world, as if it reminded us of some timeless songs from other time, which live in our sound memory by the voice of great singers, mainly by the voice of Maria Bethânia.

Paula Sacchetta is a documentarist specialized at themes connected to human rights. Her second documental feature film, "Faces of Harassment", has been included into the educational sphere in the U.S. and Canada, distributed by Women Make Movies, besides being available on Amazon Prime and Net Now. Paula also directed the documentary "Truth 12.528", about the Brazilian National Truth Commission; "The More Prisoners, the Greater Profit." is a short documental film about the arrival of private prisons in Brazil; and the eight episode documental series about the prison system to "Canal Curta!", "Eu, Preso".