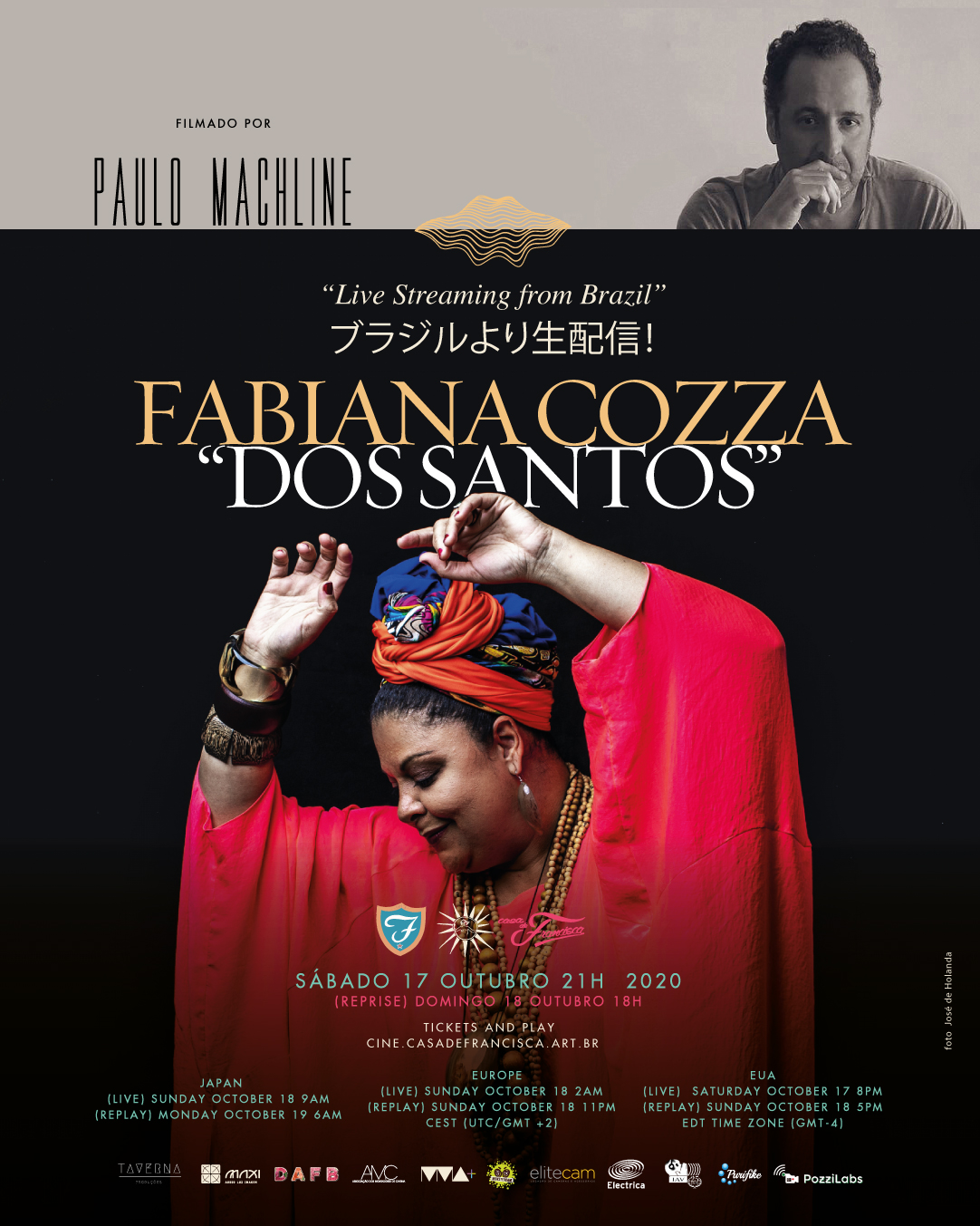 In continuity with its new live streaming concert project, with no present audience yet, "Till the end, singing", Casa de Francisca presents Fabiana Cozza with her show "DOS SANTOS", through Paulo Machline’s filmmaking perspective, cinematographic and affective curatorship by Laís Bodanzky, and project conception and artistic direction by Rubens Amatto.

Born in Sao Paulo, in her eighth album along her career Fabiana Cozza brings to its title her last birth name, which can be considered her debut album as a composer. Cozza signs "Manhã de Obá" along with the singer and composer from Minas Gerais, Ceumar.

The unprecedented repertoire has been created for her work bearing her appeals to composers, dedicated to the cultural universe of Afro-Indigenous derived Brazilian religions. To suit the songs, Cozza has by her side the musical director, arranger and bass player Fi Maróstica.

Paulo Machline is a cinema and TV director. Among his many projects, he has directed episodes of the drama series "Urban Myths" in 2002, from Universal Studios; episodes of the drama series "PSI" in 2013 and "The Hypnotist" in 2017, both from HBO. In 2018, he directed the documentary series "Breaking the Taboo" from GNT. He has also directed and screenwritten the award-winning feature film "Trinta" from 2014, produced and distributed by Fox International Pictures; Machline also directed "Stillborn" produced by RT Features in 2011, and "Eternal Son" in 2016, produced by RT and Globo Filmes and distributed by Sony Pictures.