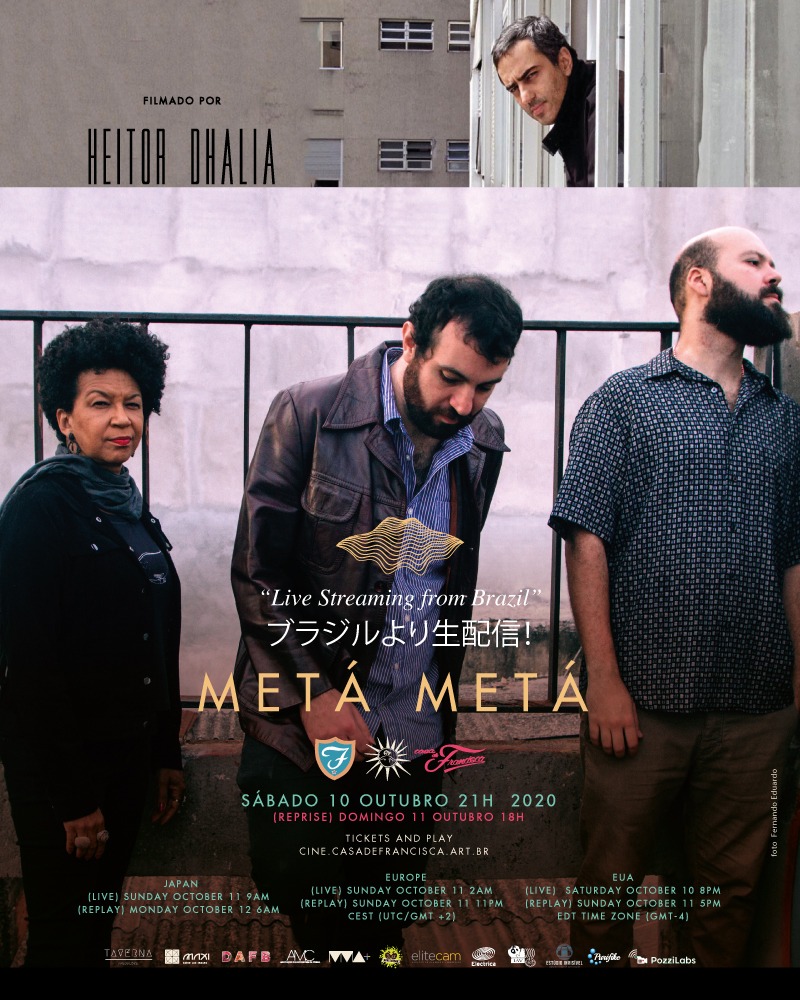 Since their first albuns, the band draws attention for their way of showing their musical influences, which go through Brazilian music, free jazz, african music and rock. Metá Metá has already been part of great international festivals, such as Trans Musicales, Roskilde and Primavera Sound, sharing their stage with names like Kraftwerk and Nick Cave. In 2016, Metá Metá won the APCA award for best album. Metá Metá is considered one of the most expressive band of Brazilian music these days, receiving flattering critics on media such as The Guardina, The Wire and The Independent.

Heitor Dhalia is a filmmaker and partner at Paranoid productions. He has directed films such as Nina (2004), Drained (2006), Adrift (2009), Bald Moutain (2014), On Yogo - The Architecture of Peace (2017) and Tugnstênio (2018). Winning over 13 awards, he has earned more than 16 nominations in festivals around the world. Currently, he’s directed the series "Arcanjo Renegado", released early this year on GloboPlay, and he’s been preparing himself to release his feature films ANNA and Invisible, American production filmed in New York.