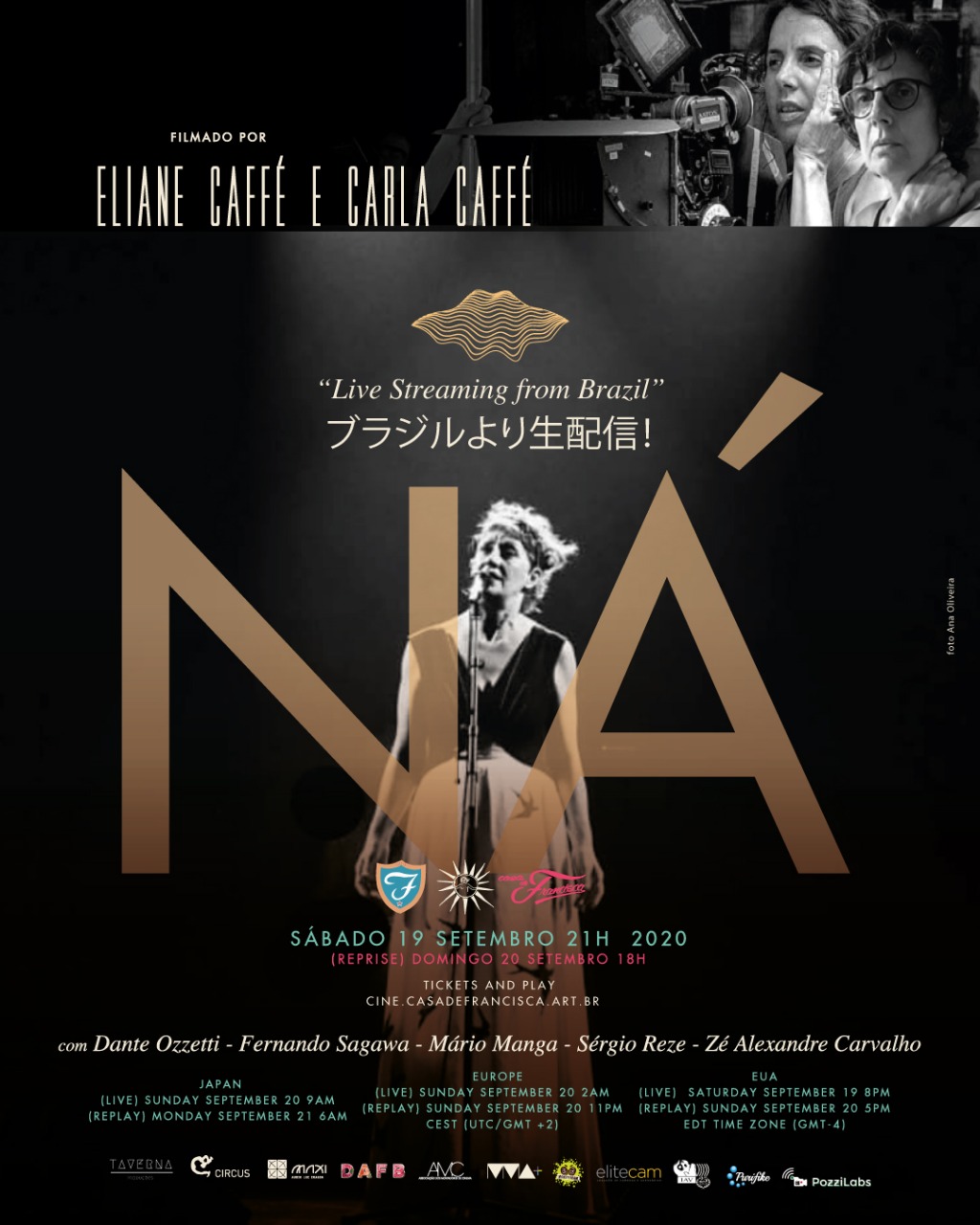 In continuity with its new live streaming concert project, with no present audience yet, "Till the end, singing", Casa de Francisca presents Ná Ozzetti, trough Eliane and Carla Caffé’s filmmaking perspective and cinematographic and affective curatorship by Laís Bodanzky.
⠀⠀⠀⠀⠀⠀⠀⠀
To compose the repertoire, Ná Ozzetti gives room to an ancient wish of exploiting the characters of songs and the theatricality implied in them, as musical tales. Embodying his characters has always been a remarkable trait of his performances. The search for sonorities has also been part of his trajectory. This one is a work of collective creation with the present musicians, with whom Ná has performed for over a decade

Eliane Caffé is a filmmaker and made films like "Kenoma", "The Storytellers", "The Noonday Sun" and "The Cambridge Squat", all of them awarded by critics and important national and international festivals. She has also directed TV Series and documentaries. In parallel with cinema, the director engages the coordination of audiovisual workshops in conflict areas in Sao Paulo city and in the Brazilian countryside.

Carla Caffé is an artist, art director and teacher. She has taken part in important international festivals such as the Chicago Biennial 2019. Among others, her main projects performed in the cinema area are: "The Cambridge Squat" (Eliane Caffé, 2017) and "Central Station" (Waler Salles, 1998). She is recognized by her multidisciplinaire projects involving cinema, arts and pedagogic practice.

The invited director of photography is Helô Passos and the camera and photography team will be coordinated by Thaís Taverna, who will also count on professionals from DAFBE (Collective of Women and Transgender People from Photography and Cinema Department).